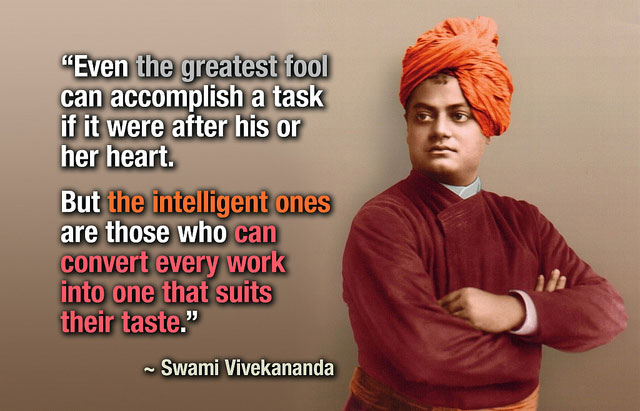 Photo by Celestine Chua, CC BY 2.0

Born in the year 1863, Swami Vivekananda was a saint who propagated the ideology of humanity through his beautiful speeches and teachings. He was an ardent follower of Vedanta who always taught people that service to mankind is service to god. His words not only made people spiritually alive but also motivated them to get the best out of their lives. It was Swami Vivekananda who introduced the world to Hinduism through his speech that he delivered in Parliament of World Regions –Chicago. He is still a source of inspiration and a mentor to many youths and upcoming spiritual leaders.

Swami Rama was the first person who had tried to make people understand the power and importance of Yoga. He had a unique ability to control his blood pressure, body temperature and heart beat rate. He is also the founder of Himalayan Institute of Yoga Science and Philosophy that helps people attain inner peace through meditation and yoga. The institute still helps people master the art of meditation and yoga for better health and life.

Sri Ramakrishna Paramhansawas an ardent devotee of Goddess Kali and a guiding force behind Swami Vivekananda’s spiritual ideologies. Swami Vivekananda considered Sri Ramakrishna as his guru (teacher) and followed his footsteps to spirituality. He was a spiritual guru who had always voiced his opinions strongly against the evil practices of society. He strictly opposed the age old practices like Sati, child marriage and caste discrimination.Romain Rolland, a French novelist and Nobel Prize winner had quoted Sri Ramakrishna as –“the perfection of two thousand years of spiritual life of three hundred million people”.

From Public Domain, via Wikimedia Commons

Baba Ramdev shot to fame and popularity in through his impeccable knowledge of yoga and meditation. His yoga lessons have earned him followers from all across the world. People across the globe have mastered various yoga practices through his television yoga sessions. He claims that yoga has answers even to extreme medical conditions and disorders. His followers list includes not only commoners but also eminent personalities from Hollywood, Bollywood and Politics! He has his yoga centers spread across the country where his yoga teachings are followed. These centers also offer some of the best organic products.

Osho- the Zen priest was one spiritual leader who was also a professor of Philosophy. He was always known for his outspoken nature as a result of which he is also known as one of the most controversial personalities. He had openly expressed his disgust towards orthodox Indian religions. He had equal number of followers and hatreds as well. A number of leading businessmen used to consult him on regular basis for their spiritual development. He possessed a great talent of spiritual therapy.